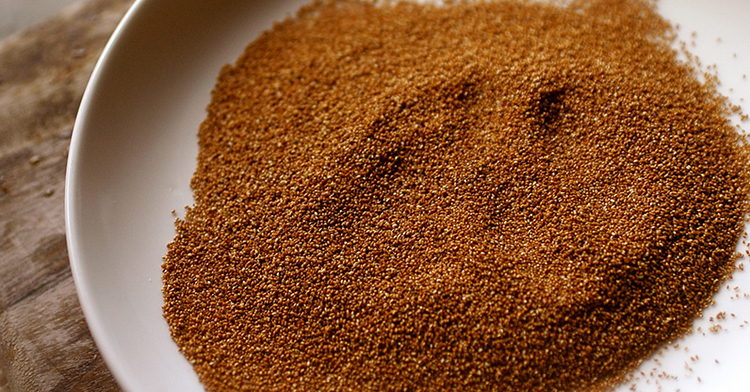 Quinoa has become positioned as the trendy superfood due to its innumerable benefits and properties: it contains many proteins and minerals, little fat, and is gluten free, thus suitable for those with celiac disease.

It was part of the diet of pre-Columbian cultures and Spanish colonists exchanged it for other cereals. And now the opposite is taking place. It is once again being added to the Mediterranean diet, both at breakfast and as part of heartier meals.

Its fame has spread, especially due to the celebrities who have started to include it in their diets and, from there, the bloggers and Youtubers who recommend it in their posts and videos on healthy food.
Moreover, the desperate attempt of people with celiac disease to find wheat substitutes has also contributed to its renown.

But now it would seem that there are more competitors: teff is becoming the in-thing to replace or complement this seed.

Teff is a grain cereal that has been cultivated in Ethiopia for more than 5,000 years, as crushing the seed provides a flour with which they make ingera, a traditional flatbread that is served with stew.

We’ll tell you some of its properties:

– Large fiber and resistant starch content, which favors the correct action of intestinal flora, acting as a probiotic.

– Also suitable for those with gluten intolerance.

– Is filling and moderates the appetite, so it is good for weight control.

– Rich in slow-release carbohydrates, of interest for athletes.

These are all good reasons to consider changing to teff, don’t you think?